Who Was Ryan White?

Ryan White was 13 when he was diagnosed with AIDS after a blood transfusion in December 1984. Living in Kokomo, Indiana, doctors gave him six months to live.

When Ryan tried to return to school, he faced AIDS-related discrimination in his Indiana community. Along with his mother Jeanne White Ginder, he rallied for his right to attend school. He gained national attention and became the face of public education about the disease.

How Could He Have AIDS? 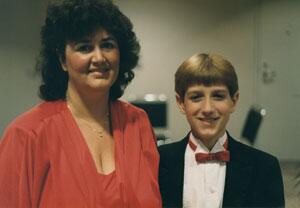 Ryan White was diagnosed with AIDS on December 17, 1984. He was one of the first children—one of the first hemophiliacs—to come down with AIDS, and it was definitely a time when there was no education and there was hardly any information on AIDS at the time.

So I was living in Kokomo, Indiana, and Ryan was attending Western Middle School, and it was something that I really didn't even believe he had. I felt like, "How could he have AIDS?" He was a hemophiliac since birth, and I just felt like "How could he be one of the first ones?" I felt like somehow, in some way, it was going to be something else. I really never really believed he had AIDS for quite a while.

Mom, I Want to Go to School 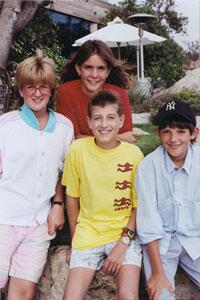 Ryan really became famous because of his fight to go to school. When Ryan was diagnosed, they only gave him three to six months to live. So at that time, I thought every cough, every fever, I worried that it was going to be his last. And I really never thought he'd be healthy enough to go to school.

So it was a long process. We had to go through almost a year and a half, he didn't go to school for about a year and a half. He was worried about taking the seventh grade over again, and he didn't want people to think he was dumb, because he was a very smart and intelligent kid. So it was a long process. Through court hearings, we thought it would take one court hearing, and we'd have all these medical experts in so to speak, and then everybody would be educated, but it didn't happen that way.

Mom, You Don't Get It 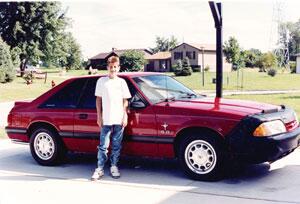 Then we moved to Cicero, Indiana, and there the community welcomed us. And it was all because of a young girl, named Jill Stuart, who was president of the student body, who decided to bring in the medical experts and talk to the kids, and the kids went home then and educated their parents.

So Ryan was welcome. He got to go to school. He got to go to proms and dances. He even got a job. It was kind of funny, he came home once after he turned 16 and told me he had a job for the summer. I thought, "Oh my gosh. Who is going to hire you, knowing who you are?" I said, "What are you going to be doing," and he said, "I'm working at Maui's Skateboard shop." I said, "Really? What are you going to be doing?" and he said, "I'm going to put together skateboards." And I said, "How much are you getting paid?" and he said "$3.50 an hour." I said, "Ryan, that won't even buy your gas to Indianapolis and back." He said, "Mom, you don't get it. I got a job just like everybody else does." So it was really important for Ryan, to just be one of the other kids, and to try and fit in. He never bragged or anything about who he was, or what he got to do, he just wanted to be around his friends.

He Was My Son 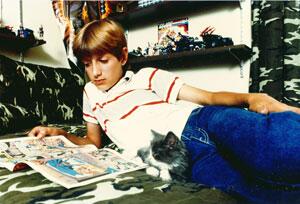 His Legacy Would Be 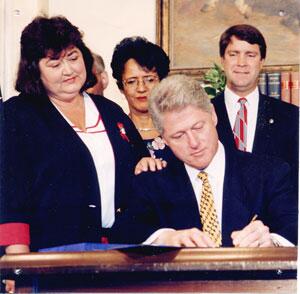 At the time when Ryan was diagnosed with AIDS, I mean, we heard of so many drugs coming out, and none of them was worth nothing. By the time you heard of one, there would be another one out, and you would never get the research for one. And none of them worked. And so even in the early 90s, when I was hearing there was hope, I kind of thought, "You know, we had that hope, too, but they didn't pan out."

But they did pan out! The biggest contribution I think that Ryan made is—and I didn't know it at that time—that his legacy would be that people are getting their drugs and their treatment and that people are living with AIDS.